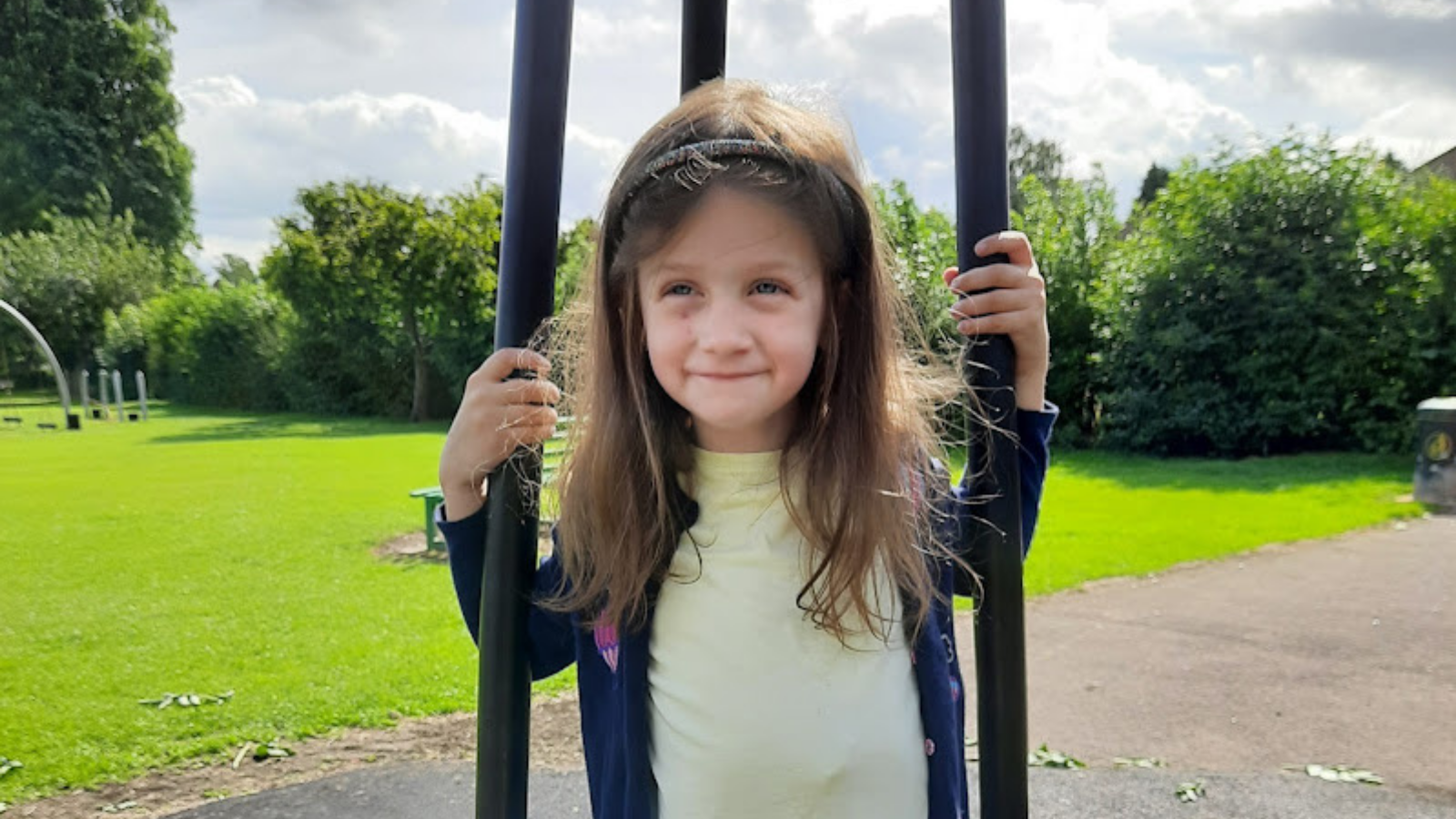 Six-year-old Phoebe Thomas, from Wigston in Leicester has spent two thirds of her life receiving treatment for cancer after being diagnosed with neuroblastoma at just 9 months old.

We spoke with mum Naomi about the impact her daughter’s illness has had on the whole family, including dad Russell and big sister Amelie.

“Phoebe developed small lumps on her torso when she was 9 months old. Initially these were thought to be lymph nodes/developmental cysts,” explains Naomi.

“Other symptoms were constipation, vomiting, excessive sweating, pain and a swollen tummy. Due to her age it was very difficult to separate many of these symptoms from usual baby issues such as colic and teething.”

As the lumps didn’t go away Phoebe was referred for an ultrasound scan and the family were told that a mass had been found in her abdomen. Phoebe immediately began chemotherapy due to the size of the tumour which was endangering her organs. 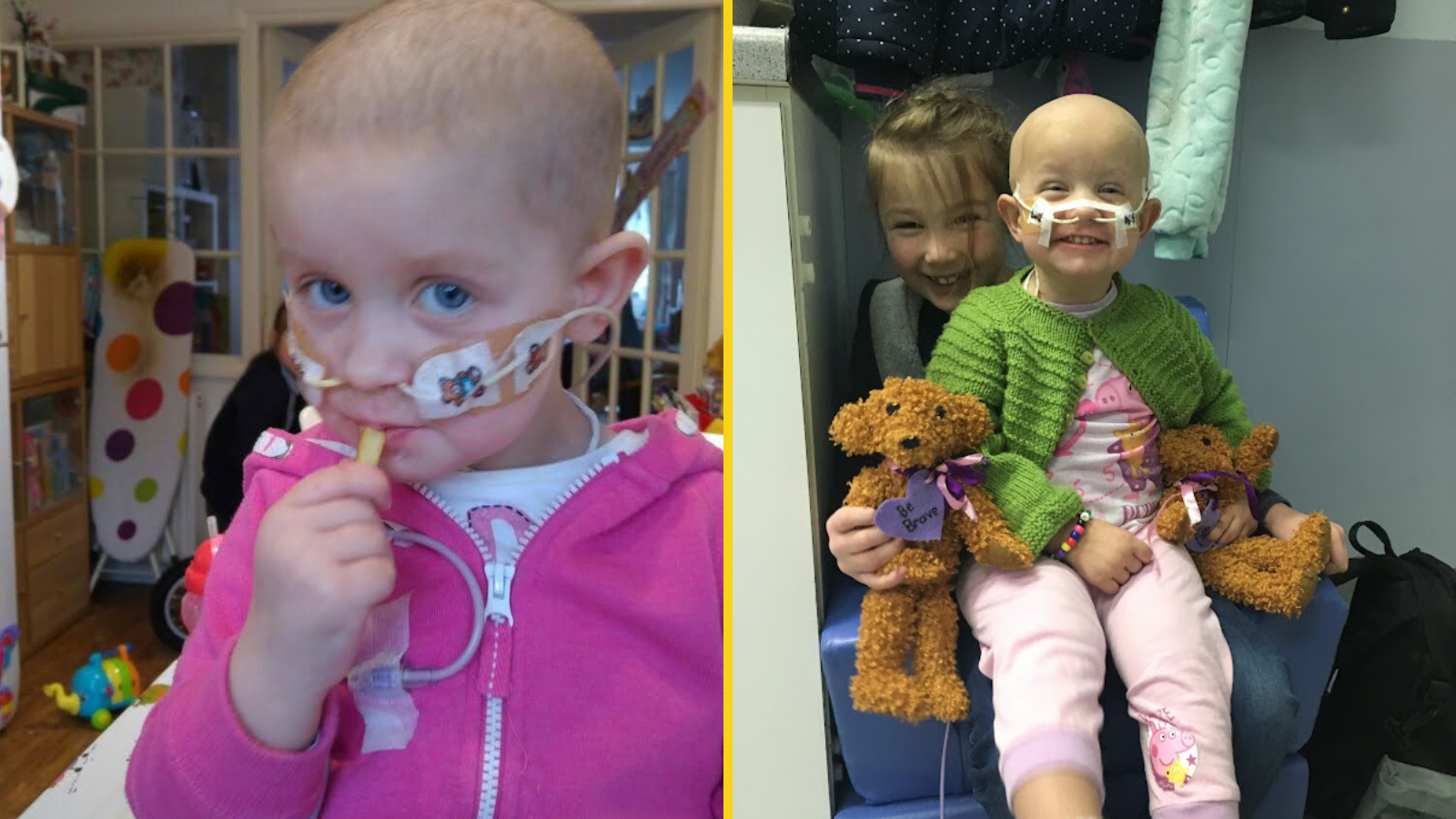 Living with the impact of childhood cancer

You never imagine that cancer will happen to your child, it’s shocking, unbelievable. Our lives were turned upside down. I was due to return to work full time the next day and Phoebe was due to start full time nursery. Everything stopped and we were in survival mode.”

“We always did everything together as a family and suddenly we were in different cities (initially Phoebe was treated at Nottingham Children’s Hospital for 2-3 weeks), me and Phoebe staying in hospital whilst dad and other family members juggled the school run and being home with Amelie.

“Being apart from Amelie was terrible, not being able to do her hair for school in the morning or tuck her in bed at night. 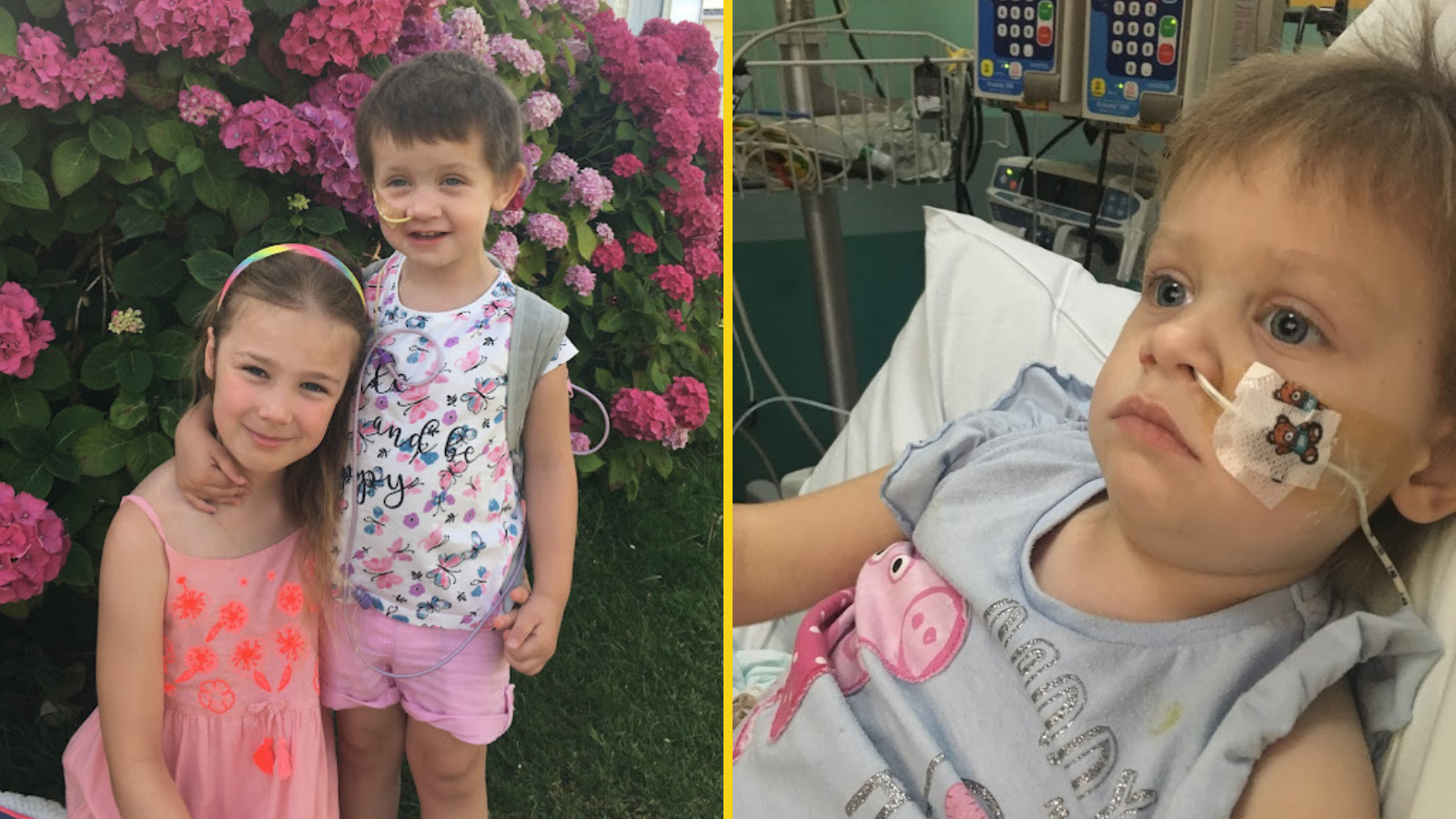 “Phoebe’s illness and treatment has had a major effect on our family life. We have tried our best to make the most out of every moment, always had visiting all together, stayed together as much as possible but the anxiety and trauma that we have all been through watching Phoebe cope with the treatment has taken its toll.”

“Phoebe had treatment for almost 4 years, 15 months in Leicester and the rest was at Birmingham. Unfortunately Phoebe’s treatment didn’t go to plan and she relapsed/progressed 3 times which was why she initially had to go to Birmingham to go on a clinical trial.”

Having to make regular trips to Birmingham for treatment meant the family were also impacted financially by the hidden costs of childhood cancer, with the expense of fuel and parking adding up. 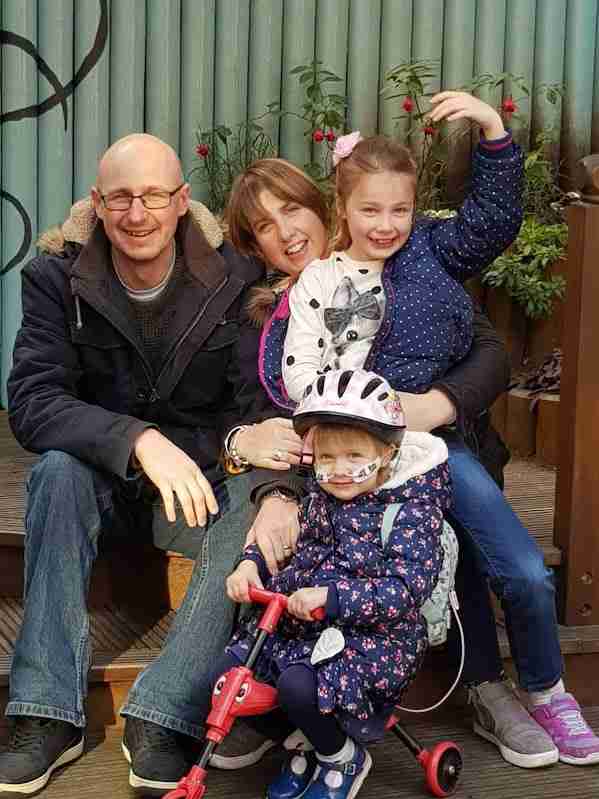 A little help from PASIC

The family have been supported by PASIC throughout Phoebe’s treatment.

I remember meeting PASIC support worker Joanna at QMC in the first few days and being amazed at how she listened and she helped us to think about how best to talk to Amelie.”

“When we were back in Leicester we met another PASIC support worker, Maria, and having her on the ward was so special. Someone who could come and have a chat, listen and understand, who thought about practical things for the whole family and brought a cup of tea!

“I remember when Phoebe had been really poorly and intubated in PICU and we’d been inpatients for several weeks she sat with me and suggested that we have a break away at the next school half term – that sounded wonderful but was completely beyond me in terms of thinking about organising anything, I just did not have the mental capacity to think about something like that.

“Maria went off and came back later in the day to tell me she had booked us in to Harley’s House in Rutland for a week – near enough for the community nurse to be able to visit. That meant so much to us all. If Maria hadn’t done it for us we wouldn’t have gone because we couldn’t cope with anything outside of what was in front of us each day.

“PASIC have supported us with financial grants, especially when we had to travel for treatment. The family outings and parties that we have been able to attend have been really special and helped us to create memories in a safe way. Again, having someone organise things for us has been amazing and the opportunity to meet up with other families is always lovely. We attended these events while having treatment in Birmingham and being able to see both the PASIC team and families that we had started our journey with in Leicester was very special.” 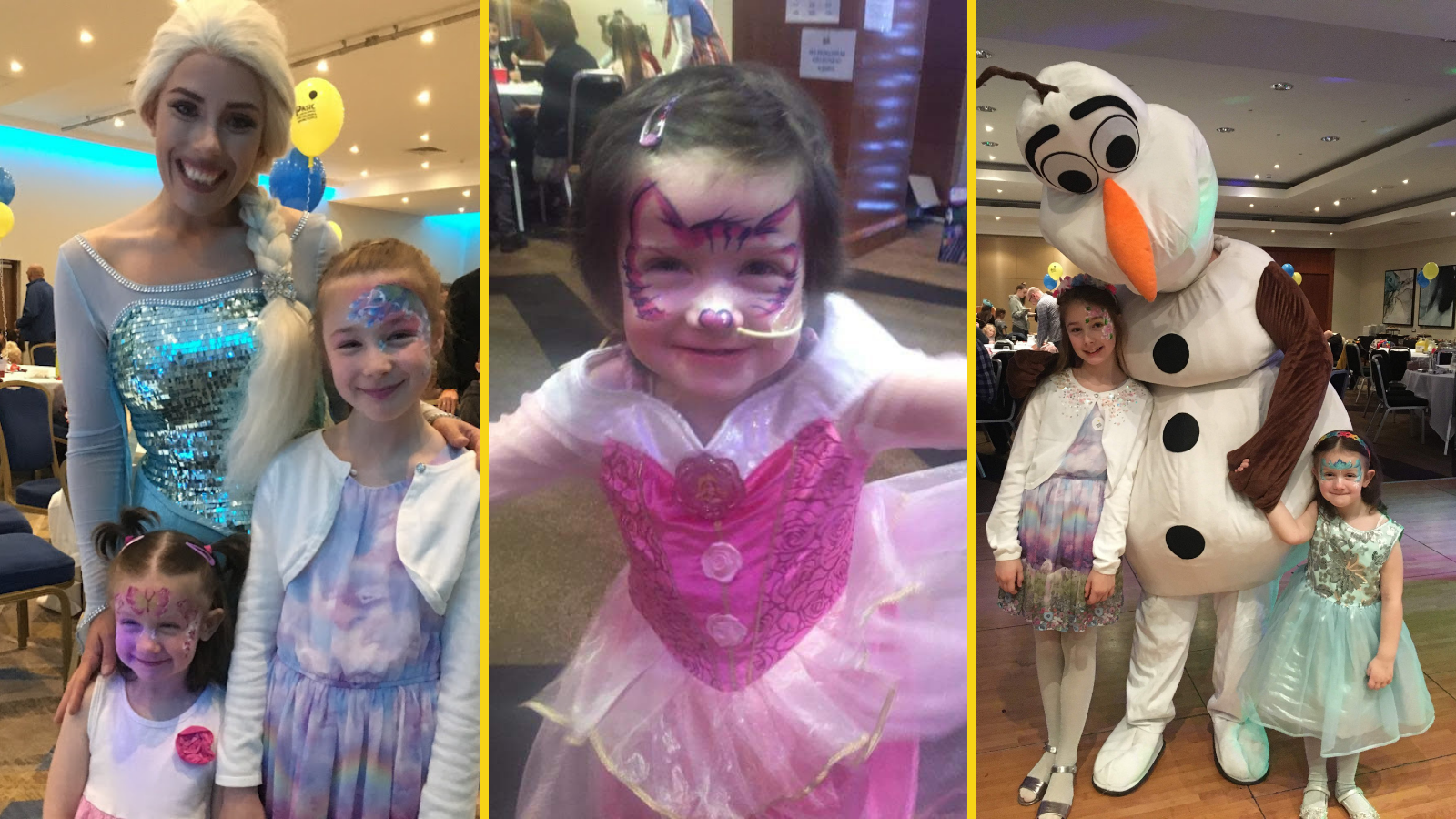 Phoebe and Amelie having fun at PASIC events

How are things now?

“Phoebe is doing well, she is 2 years out of treatment and her latest scans are good. She has scans every 4 months at the moment. She has additional help at school and still has her gastrostomy button as she struggles to put on weight so has top up feed/supplements.

“But she’s lively, feisty and very chatty. She loves her family and adores big sister Amelie. She loves books, princesses, fairies, Lego and animals. She wants to be a zoo keeper when she gets older.

“My advice for families at the start of their journey would be to not look too far ahead, take each minute, hour, day at a time. Connect with other parents on the ward or on social media – parents are the best support.

“Keep sick bowls, a change of clothes (for you and your child) and a spare phone charger with you always! Try to find positives and make the most of the special moments that kids always manage to bring. Take loads of photos.

Your child will surprise you and the love that you share is what will keep you going. 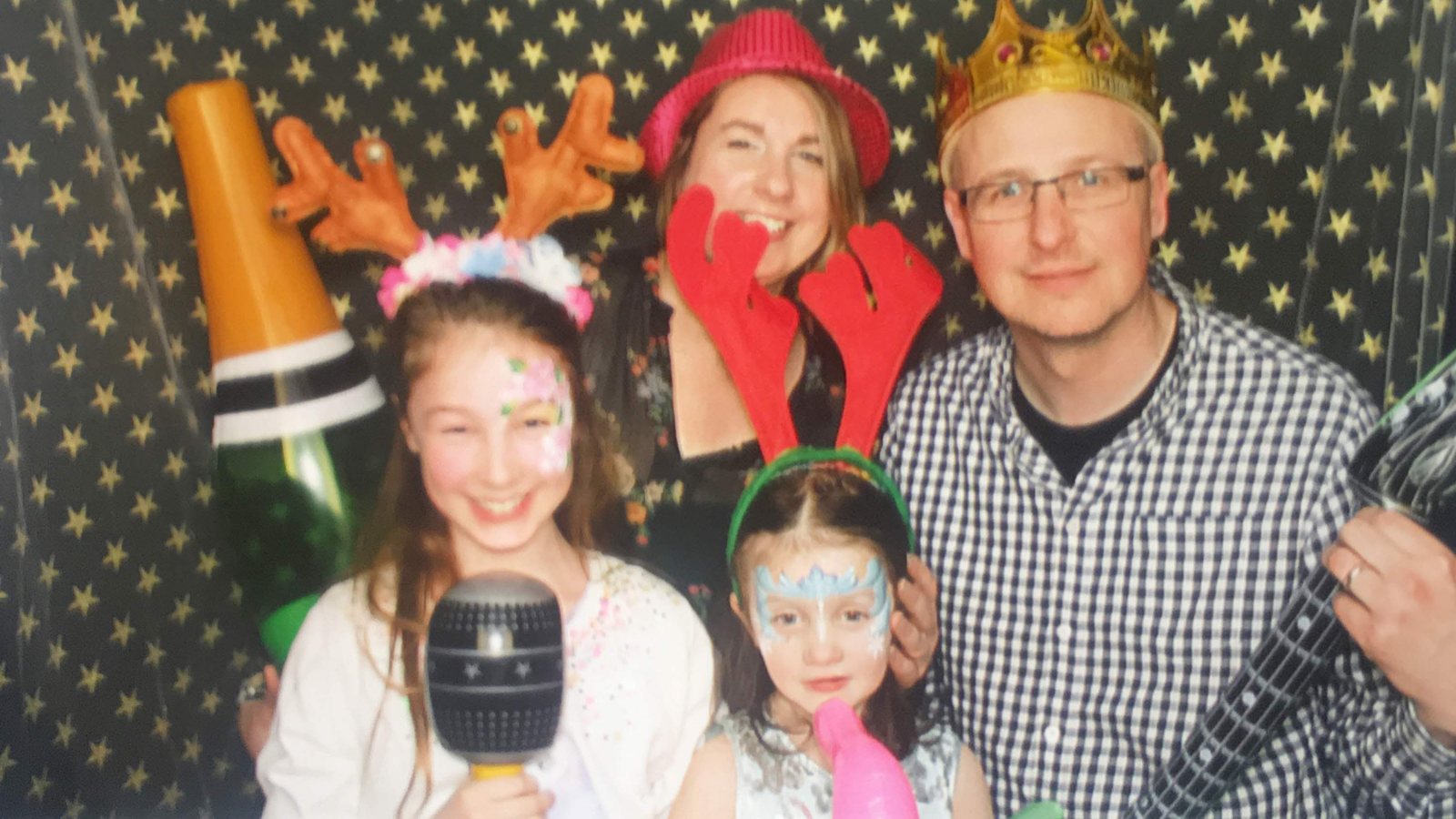