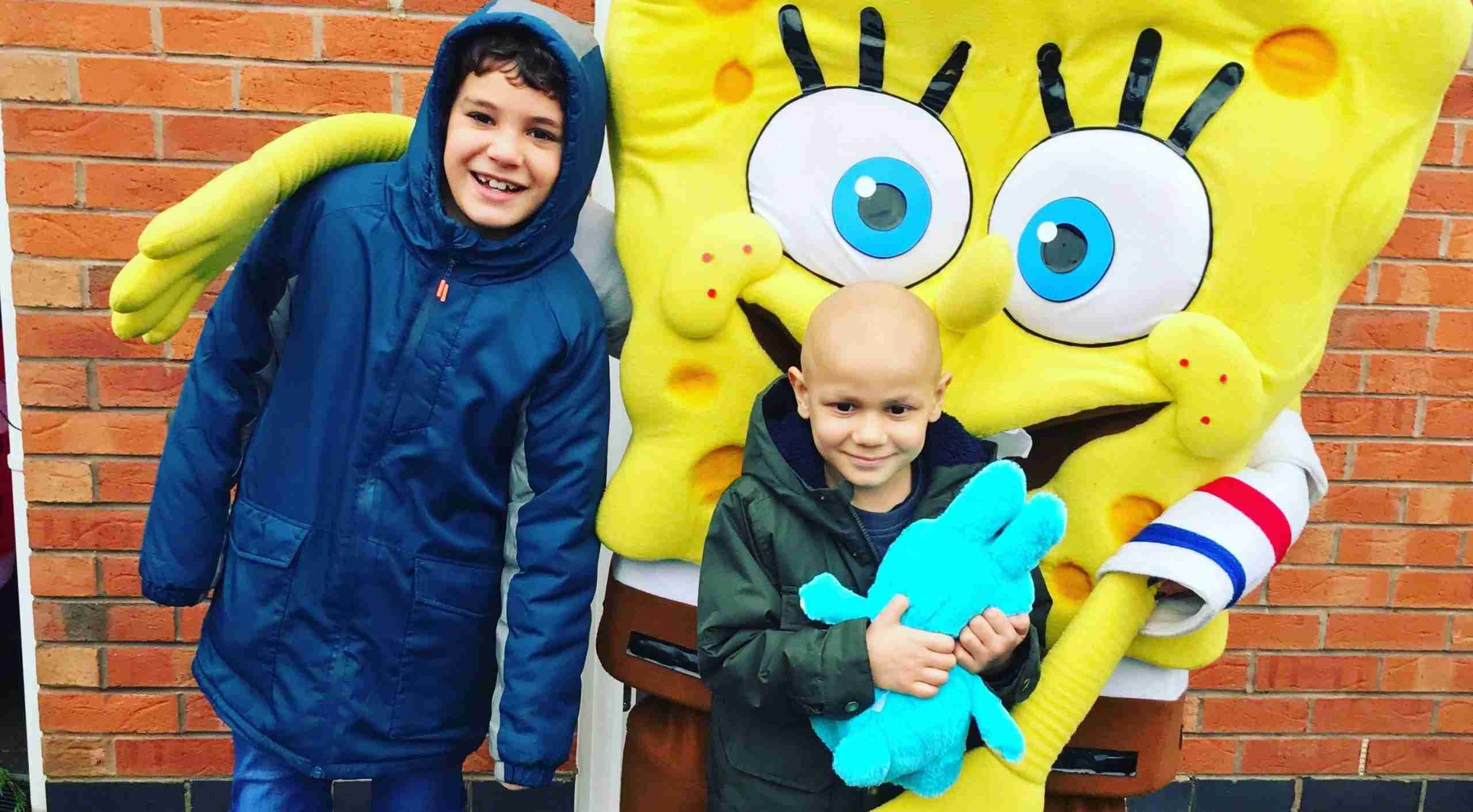 It’s been such a shame as it’s so hard for a four-year-old to go through all of this and then not to have friends or family able to visit.

Five-year-old train-lover, Cohen, was diagnosed with stage 4 cancer in May 2020 after his mother discovered a lump in his leg.

The devastating news was made even harder for the Leicestershire family due to the impact of the coronavirus pandemic. Like many families going through cancer treatment, the pandemic has made a tough time even tougher for Cohen and his family. 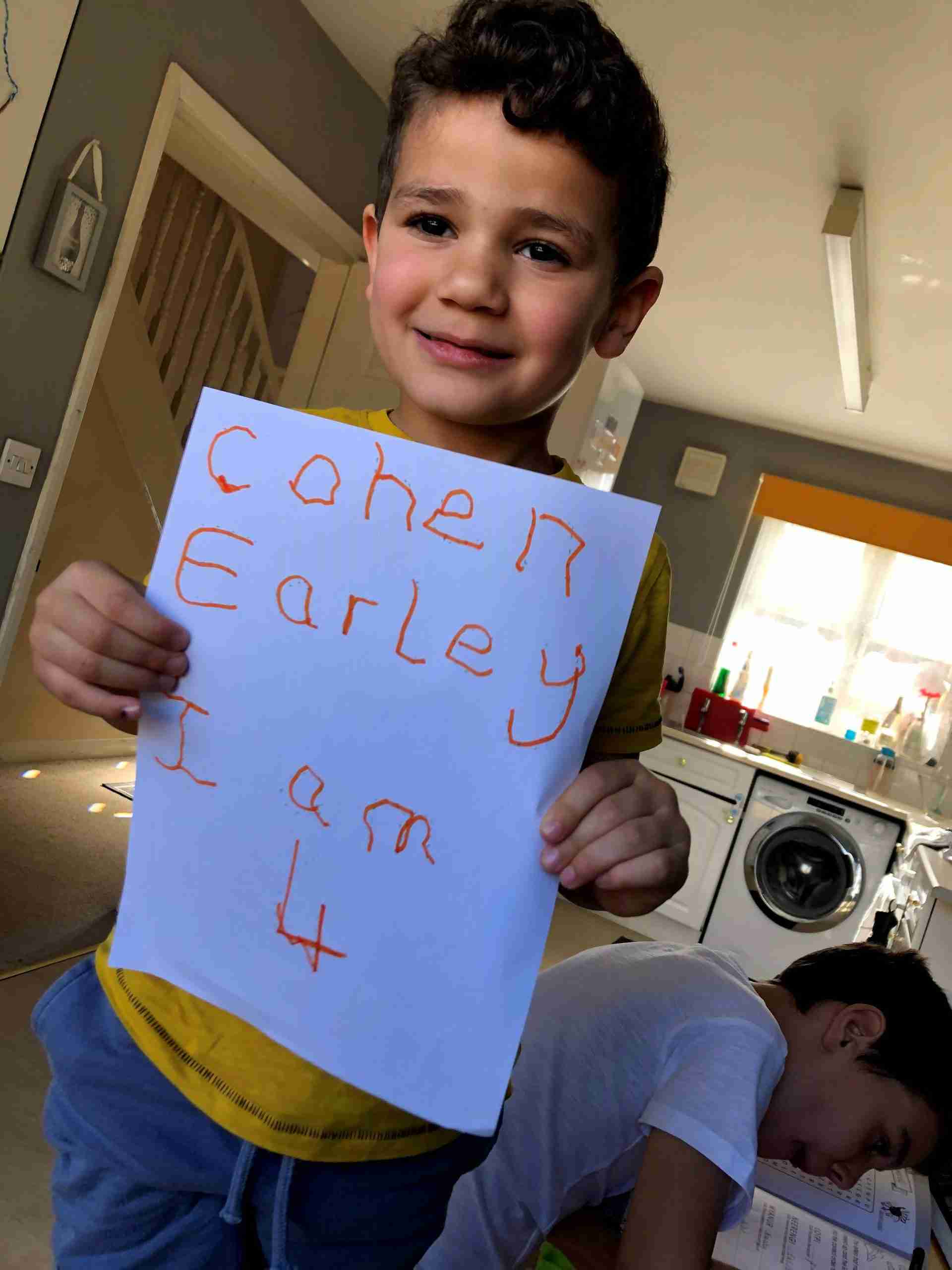 We spoke with Mum, Katie, about Cohen’s treatment, including what life on the cancer ward has been like during coronavirus, and how PASIC has been able to help:

“Cohen started chemotherapy in June 2020 and had nine cycles,” explained Katie. “This meant every three weeks he had a sleepover in hospital for two nights. Unfortunately, he was actually admitted more often than that due to side effects, such as mouth ulcers and nausea, as well as infections and high temperatures.

“Cohen’s mouth ulcers became so bad that he went long periods without being able to consume  fluids or foods and lost 3kg in two weeks. He was fitted with an NG tube which he relied on for almost seven months to give him all the nutrients he needed and help him gain weight.”

Due to the pandemic, Cohen has only been able to have one parent with him during his stays; something which has made it all the more challenging.

It’s been so hard with only one parent with him throughout all of his stays,” said Katie. “After his operation at Queens Medical Centre we were alone with no visitors for six days. Cohen was really sad that he couldn’t see his dad, Adrian, and eight-year-old brother, Blake.

“I’ve been told very distressing news about Cohen’s cancer whilst on my own, something which shouldn’t have happened. When I was told his cancer was stage 4 I had to sit in a room alone before passing the information to Adrian over the phone.” 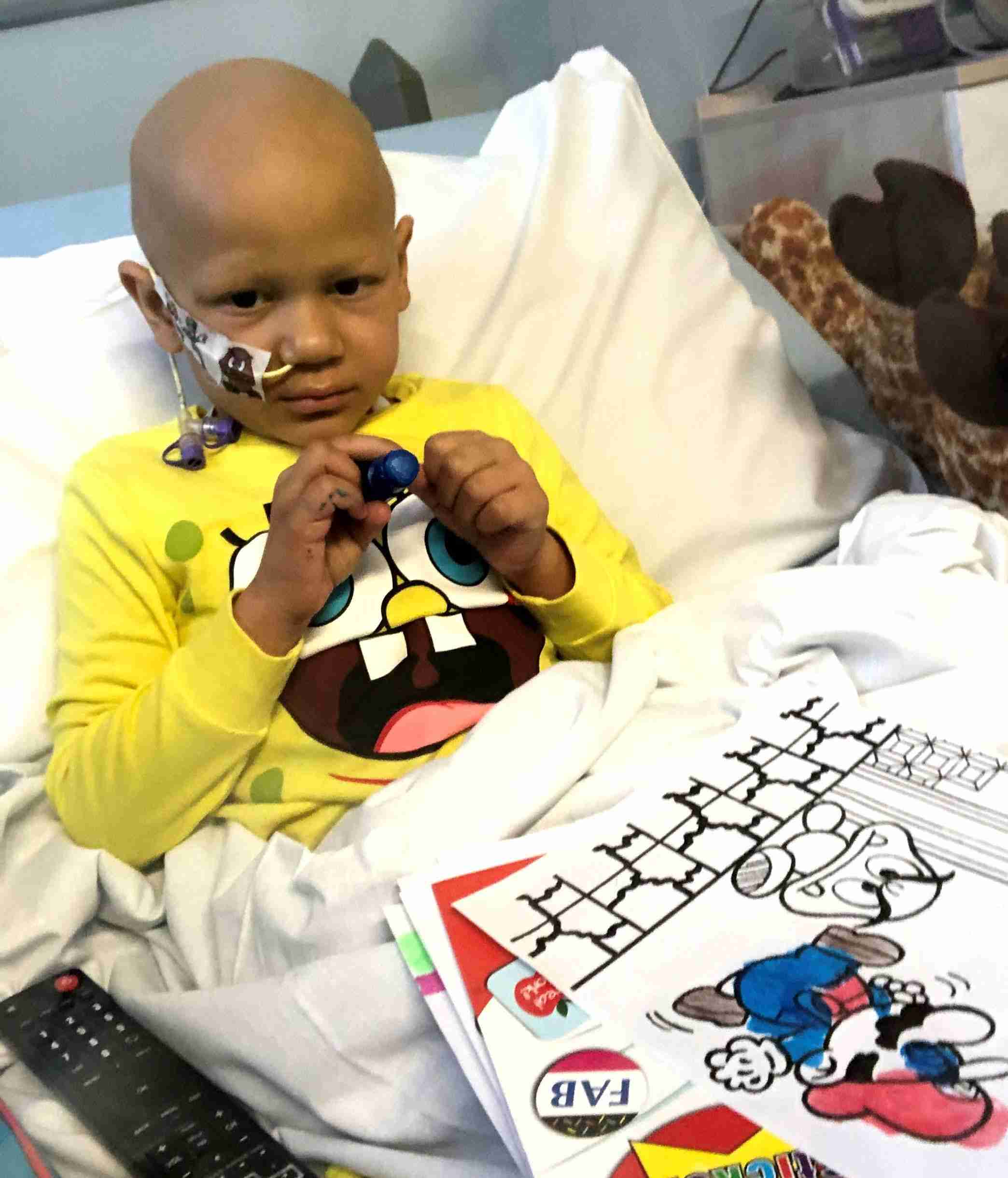 Ward life has also been hampered by the pandemic, with many of the usual fun activities for the children unable to happen. Speaking about this Katie said: “For the most part of Cohen’s stay we were bound to the bay and had no playroom. After a while they opened the play roof so at least he could get some fresh air, and then recently they opened the playroom again.

“It’s been such a shame as it’s so hard for a four-year-old to go through all of this and then not to have friends or family able to visit.

“Shielding became hard when everyone else started to relax their lockdown. It was difficult to explain to Cohen why he couldn’t go round to play at his friends, or even go to the park.”

Cohen and his family are thankful for the support they’ve received from PASIC during this time – even managing to attend our rainy trip to Twycross Zoo during a period of eased lockdown restrictions, and a small gathering at Leicester Racecourse.

PASIC have helped us financially with grants for the travel costs to Nottingham, and towards a pushchair we needed for Cohen,” said Katie. “They also sent us the most amazing Christmas Eve box and the boys loved all the craft bits and the letter from Santa. PASIC have spoilt both boys with games and toys. 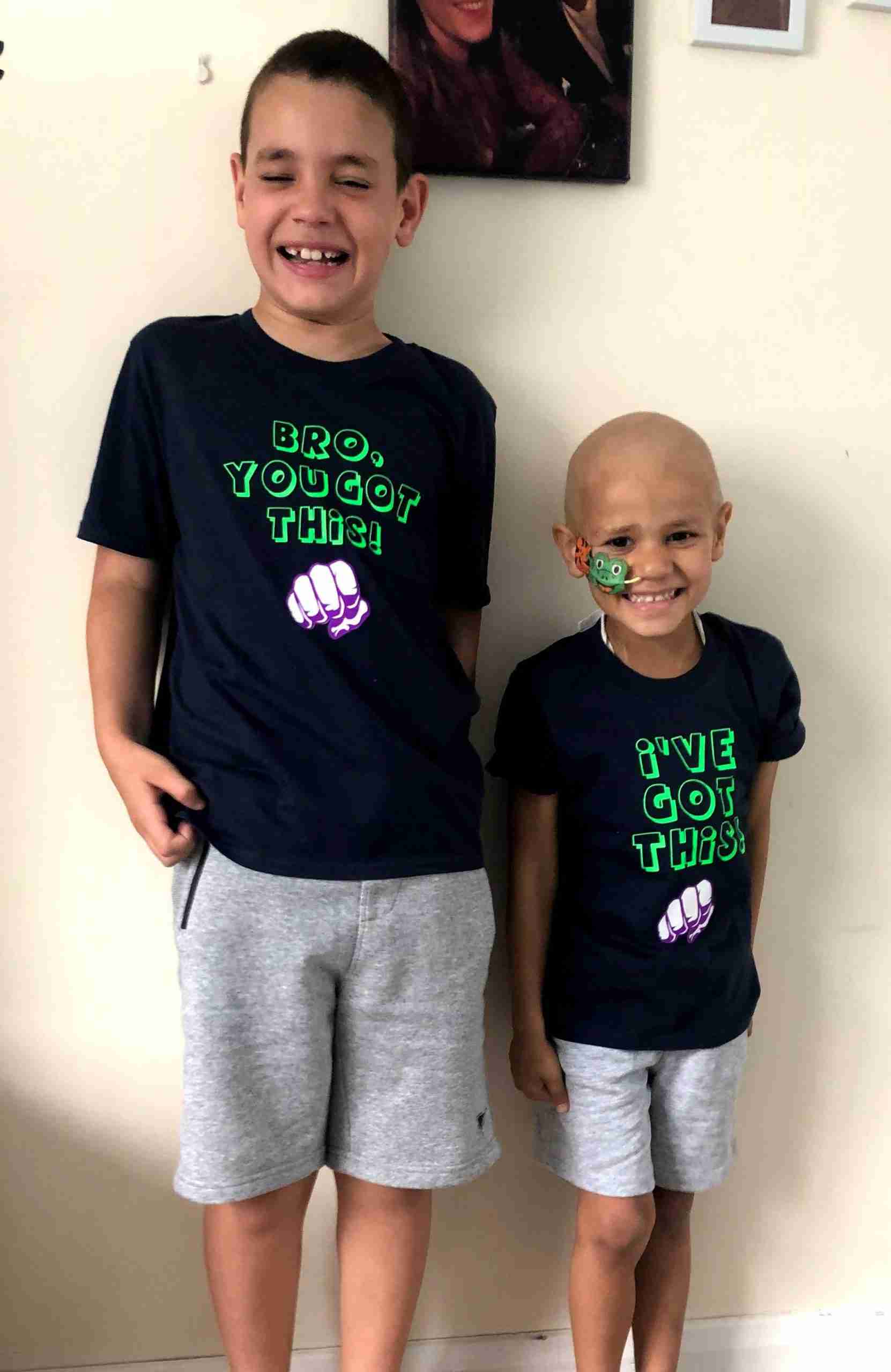 Asked what advice she would give to other parents going through a child’s stage 4 cancer diagnosis, Katie said: “Take everyday as it comes and try not to think of the bigger picture. The word cancer is so daunting and causes panic every time you say, or think, it. Often your child will not be bothered by the things that worry us, like losing their hair. Cohen has never been bothered and yet adults seem more distressed about this than anything!

“There were times in the hospital I never thought we would get out the other side because Cohen was so poorly. But to look at him now, I just wish I had a crystal ball back then to know he would get through it. So just keep positive and they will get through.”

Cohen is currently receiving radiotherapy and has had 15 of his 23 sessions. He and his family continue to be supported by PASIC. 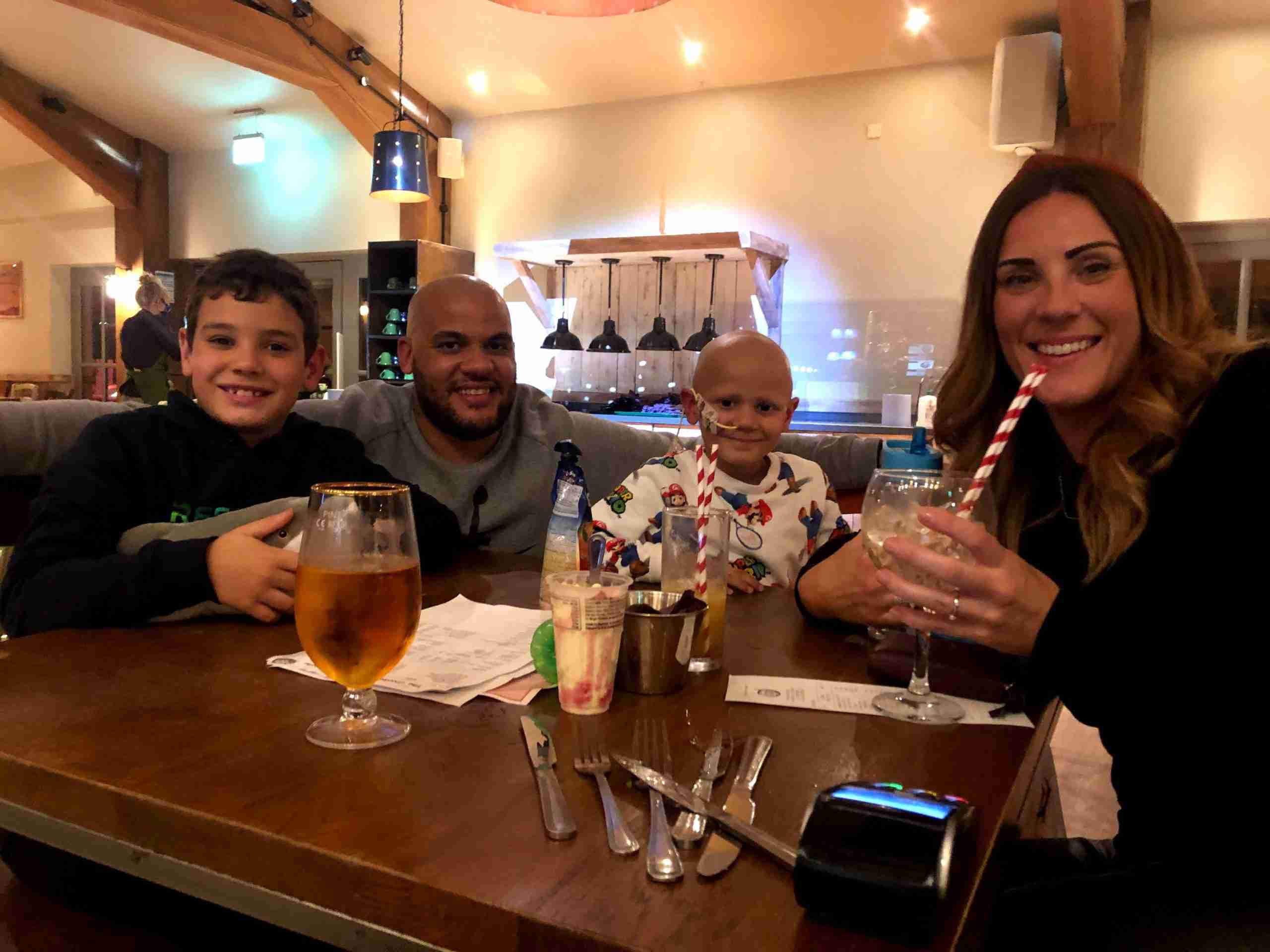 Cancer doesn’t stop for coronavirus and the young cancer patients and families we support are facing a real crisis and need us more than ever. Parents tell us they feel as worried now about coronavirus as they did the day that they were told their child had cancer. Find out more on our Covid-19 Update page